Tina and Michael opened the cellar door in 1985. Tina remembers the opening well, “it really was just a run down little cottage, once used as a Chaff Mill…”

The little cottage was subsequently renovated, with the help of family and opened in January 1985. The day of the opening was stinking hot (40°c) and there was no air–conditioning; to top it all off Tina was pregnant and nearly due with Bronson, her eldest son…” From 1985 the Kies Family Wines philosophy was “not to get bigger just get better”.

Our focus has always been on “quality not quantity”. This is why we keep our wine production small so as to keep the quality and its distinctive varietal characters.

In 2006 Kies Family Wines were getting busier and even though importance was placed on sustaining the character and ambience of the cellar door, it was clear that there was a need to build on in order to accommodate the steady stream of regular customers frequenting the cellar door. So the Monkey Nut Cafe was born.

From 2006 customers had the option to chill out, drink their wine and enjoy local Barossa produce. Tina jumped at the chance to further her passion for tea, building on a small tea shop showcasing gourmet tea and a magical array of tea pots of all shapes and sizes.

Many visitors are astounded at the great selection of teas available. A beautiful archway was also added at front of the cellar door which has seen many weddings, special events, and welcomed hundred’s of thousands of visitors. 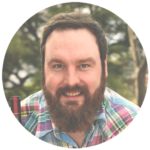 Bronson Kies is a 6th generation Kies family member and the first Kies to officially become a winemaker. He has a Bachelor of Viticulture and Oenology from Adelaide University, and has completed vintages in other wineries in both the Barossa and Clare.

In 2020, Bronson took over making the wine for Kies Family Wines and believes that “wine making is a mixture of art, science, passion and intuition.”

His character is as large as life, and resembles his grandfather Ken Kies in many ways. Well Ken loved a cheeky chat and a drink! Guess who else does?

Bronson loves our wines he is proud of his heritage, loves his family and friends, and tells a good story. 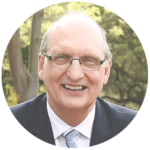 Many of you may know Michael Kies! From managing the vineyard, to selling for Kies Real Estate to public speaking, he has always been a hard worker and a very busy guy!

Since he was just a small boy Michael started working in the vineyard. His passion for his beloved vines is so strong, that we swear he has named them individually. Michael would often inspect his vines whilst wearing his suit and many customers would ask who the tall man was, walking around in the vineyard in a suit.

That is how “The Suit” our premium Cabernet, was born. Along with the love and care for his vines Michael has embarked on a new career, helping people achieve their dreams in sales, which involves training, mentoring people and public speaking. 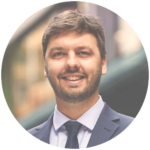 Jordan is the youngest son of the Kies crew. You may have met Jordan between the Café and Cellar Door when he worked there while growing up. He is an easy going, really nice guy that everyone loves.

We always knew when Jordan was around by the cruising, funky music he played and the calming affect he has on people. He was also known to make a wicked coffee!

Jordan, has established himself with an exciting career in property, but you will often see him with his mates at the Kies events.

Jordan has followed his father’s footsteps into the property world but still enjoys his favourite Chaff Mill Cabernet Sauvignon. 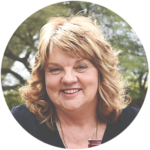 Tina has grown Kies Family Wines from a small cottage with a few visitors to a bustling cellar door, cafe and tourist destination, which has put Lyndoch on the map for many visitors.

In 2006, Tina built on The Monkey Nut Cafe and Kies Teas, to help us to accommodate our growing number of customers.

The Sparkling Tina is a lively and vivacious wine, which is named after the great boss lady herself. Cheers to Tina! 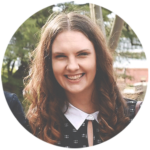 Jess is the Marketing Manager at Kies Family Wines and uses her experience in digital marketing at another large tourism business to create beautiful events and content for our social media.

She has a degree in Media at Adelaide University majoring in Multimedia, but her passion is sales and marketing. She works closely with our export partners as well as in our cellar door.

Jess was a rock for the Kies family when her Dad went through leukaemia, as Tina spent a few months caring for him, she along with Bronson and staff looked after the business.